Warning: "continue" targeting switch is equivalent to "break". Did you mean to use "continue 2"? in /homepages/3/d107649179/htdocs/clickandbuilds/PrayerforParliament/wp-content/plugins/revslider/includes/operations.class.php on line 2858

Warning: "continue" targeting switch is equivalent to "break". Did you mean to use "continue 2"? in /homepages/3/d107649179/htdocs/clickandbuilds/PrayerforParliament/wp-content/plugins/revslider/includes/operations.class.php on line 2862

Warning: "continue" targeting switch is equivalent to "break". Did you mean to use "continue 2"? in /homepages/3/d107649179/htdocs/clickandbuilds/PrayerforParliament/wp-content/plugins/revslider/includes/output.class.php on line 3708

Warning: "continue" targeting switch is equivalent to "break". Did you mean to use "continue 2"? in /homepages/3/d107649179/htdocs/clickandbuilds/PrayerforParliament/wp-content/themes/Durus/framework/ReduxCore/extensions/customizer/extension_customizer.php on line 273

Warning: "continue" targeting switch is equivalent to "break". Did you mean to use "continue 2"? in /homepages/3/d107649179/htdocs/clickandbuilds/PrayerforParliament/wp-content/themes/Durus/framework/ReduxCore/extensions/customizer/extension_customizer.php on line 286

Warning: "continue" targeting switch is equivalent to "break". Did you mean to use "continue 2"? in /homepages/3/d107649179/htdocs/clickandbuilds/PrayerforParliament/wp-content/themes/Durus/framework/ReduxCore/extensions/customizer/extension_customizer.php on line 312

Warning: "continue" targeting switch is equivalent to "break". Did you mean to use "continue 2"? in /homepages/3/d107649179/htdocs/clickandbuilds/PrayerforParliament/wp-content/themes/Durus/framework/ReduxCore/extensions/customizer/extension_customizer.php on line 324

Warning: "continue" targeting switch is equivalent to "break". Did you mean to use "continue 2"? in /homepages/3/d107649179/htdocs/clickandbuilds/PrayerforParliament/wp-content/themes/Durus/framework/ReduxCore/extensions/customizer/extension_customizer.php on line 343
 Prayer for ParliamentHome - Prayer for Parliament
+44 845 130 3334 info@prayerforparliament.com
Download our Scripture Prayers for the General Election here

For a number of years Prayer for Parliament has been meeting regularly in the Houses of Parliament to intercede for parliament and our nation.

We have also joined with The Prayer Foundation to provide regular prayer bulletins to Christians throughout the United Kingdom and beyond. The 'Prayer Shield' offers vital information about the issues being debated in the UK Parliament and that are of strategic importance to all of us. These matters require focused prayer if we are going to change the United Kingdom and as we seek God's will for this nation.

Scripture teaches us to ‘lift up our shield of faith’ in Ephesians 6:16 and the “Prayer Shield” offers vital information about the issues being debated in Parliament and that are of strategic importance to our government and nation. These matters require focused prayer if we are to change the United Kingdom and seek God’s will for this nation, and see healthy legislation put in place. 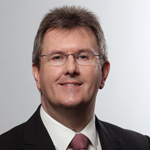 My life and political career has been a fascinating journey through the dark years of ‘the troubles’ and the challenges of the peace process to a more stable and progressive Northern Ireland. During that time I have been witness to much change, both at home and in national politics at Westminster.

As the eldest of five boys and three girls, I grew up in the Mourne area in the south of County Down.  A member of the local Presbyterian Church, it was a traditional, rural, home-centred upbringing. Yet as with many Ulstermen and women of my generation, my ‘childhood innocence’ was shattered by the onset of the ‘Troubles’. I remember vividly, almost as if it were yesterday the murder of my cousin Samuel Donaldson, an RUC constable. He was the first policeman to be blown up by the IRA in the ‘Troubles’.

In addition to being the Member of Parliament for Congleton Constituency, Fiona Bruce MP is national winner of the Business Woman of the Year Award “Women into Business” for the founding and successful development of her Community Law Firm Fiona Bruce & Co LLP, based in Cheshire and now employing 18 lawyers and a total of some 30 staff.

Her first hand experience of running and developing a local business for over 20 years – and of experiencing the challenges and benefits this can bring, both to an individual and to a community, have inspired her support for enterprise, skills training, and productivity.

Fiona has focused throughout her professional life on developing and strengthening community projects. She founded a Free Legal Advice Clinic and has overseen this continuously for over 20 years. When she stood as Parliamentary Candidate for Warrington South in the 2005 General Election, Fiona was one of the first Parliamentary Candidates to lead Social Action Projects.  She inspired hundreds of young people – including young men from her local Young Offenders Institution – in community work such as clearing public spaces, painting park railings, relaying pathways and scrubbing graffiti – after which one young man said to her “I’ll never spray graffiti again!” Fiona has co-founded a Homeless Support project and an innovative High Street Advice centre “The Foundry Shop” providing practical help and advice for those experiencing relationship difficulties, legal problems, debt and drug addiction. Fiona’s grass roots style of campaigning enabled her to develop a support network of over 300 local campaigners – most of whom had never had any political involvement before.

As a Warrington Borough Councillor for 6 years – over 3 of them as an Executive Member, for Finance and Value for Money, Fiona focused on challenging and reducing debt run up by a previous Labour administration and in delivering efficiency savings of several million pounds whilst overseeing the lowest Council tax rise for over 10 years.

Fiona has a long term relationship with and commitment to developing a school in Tanzania and in inspiring young people to partner support projects in that region of Africa. Fiona has also led teams of business advisers to Rwanda to help build the capacity of business in Rwanda to trade and so create jobs and promote economic growth and development. She has worked closely in connection with the Rwandan Ministry of Trade and Commerce.

Fiona is a member of the Parliamentary Group for North Korea and seeks to highlight the plight and suffering of the many millions of people there.

As MP for the Congleton Constituency, Fiona is committed to promoting community life, local businesses, and voluntary activity and works closely with Cheshire East Council, Town Councils in Alsager, Congleton, Middlewich and Sandbach, as well as many Parish Councils, in support of the strong local communities in her constituency. She has vigorously led campaigns in and outside parliament for more funding for improved high speed broadband facilities for her constituency – a particular need for the many businesses in the area. Fiona champions Small Businesses – for example, funding for Apprenticeships and for a reduction in regulation, particularly from the EU – Regional Growth Funding – millions of pounds of which have now been advanced by Central Government to transport links in the constituency; better online protection for children from inappropriate internet material and unnecessarily explicit sex education; improved financial education in schools, and better protection for the victims of Human Trafficking. She brought an amendment to the Finance Bill pressing for the introduction of a married person’s tax allowance – something the Government is now committed to bringing in during this Parliament. Fiona has clearly voiced her opposition to the HS2 rail proposals, which she has described as being “an inordinately expensive potential burden on my constituents without any justifiable business case in the current economic climate” and voted (against the party whip) in favour of a referendum on Europe. She has campaigned vigorously against the proposed incinerator in Middlewich, which she considers a totally unfair and unnecessary imposition on the strong local community.

Fiona enjoys representing the people of Congleton Constituency greatly. Recently asked by a constituent “on a scale of one to ten, how much do you enjoy your job as an MP?”, Fiona replied “about one hundred!”

She is married to Richard; they have two teenage sons.


Warning: count(): Parameter must be an array or an object that implements Countable in /homepages/3/d107649179/htdocs/clickandbuilds/PrayerforParliament/wp-content/plugins/constant-contact-api/vendor/guzzlehttp/guzzle/src/Handler/CurlFactory.php on line 67